Banks are our custodians who provide us various financial services and keep our money secure. The banking network in India has grown exponentially and there are various players in the banking field who extend exemplary service in their particular domain. Liberalization and economic development in India has also facilitated the growth of banks in India and there are a large number of private players who have venture in this field. Today, the network of banks is so exhaustive that one can find their branches even in the smallest of areas. 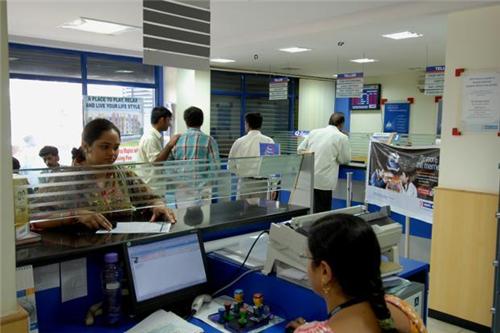 Haldia has a lot of government and private players who operate their banking services here. For a small town, the number of banks and their branches in Haldia are very impressive. Facilities are good and the presence of all the major banks has made it easier for the people of Haldia to manage their money. All the major banks such as State Bank of Indi, Axis Bank, Allahabad Bank, UCO Bank, Punjab National Bank, Bank of India, Andhra Bank, Indian Overseas Bank and United Bank of India have their operations in Haldia. There are several Gramin Banks catering to the farmers and the needy  in Haldia. Some of the major banks in Haldia and their details are as follows:

State Bank of India in Haldia

State Bank of India has become a way of life for Indians. One of the most revered and trustworthy name in the banking sector, it has a huge network of branches. Haldia also has a handsome number of SBI branches. There are a total of five State Bank of India branch in Haldia. They are:

United Bank of India in Haldia

There are three branches of Uited Bank of India in Haldia. They are:

There are three PNB branches in Haldia. The details are as follows:

Other Banks in Haldia

Some other banks having their branches in Haldia are