The industrial town of Haldia is a symbol of development and growth. Situated in Purba Medinipur district in Indian State of West Bengal, it is located at 22.03 degree north and 88.06 degree east. A fast developing industrial town, it lies near the mouth of Hooghly river geographically located at around 50 kms southwest of Kolkata. A geographical delight, it enjoys the advantage of being an eco-friendly and serene spot. This rare feature of industrial development coupled with natural beauty makes Haldia stand out as a jewel in the crown of West Bengal.

One of the other unique geographical advantages of Haldia is that it is surrounded by numerous beautiful tourist spots. Virgin beaches and beach resorts can be found aplenty within a distance of 200 kms from Haldia. 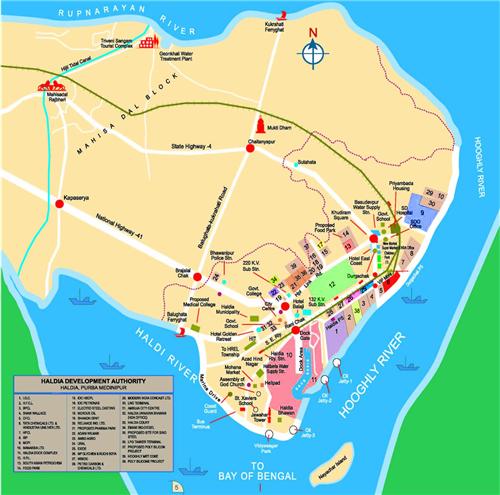 Like most Indian places, Haldia has a moderate climate. Winters are moderately cold and the temperatures range from a low of around 7 degrees to a high of 22 Degree Celsius. The lowest recorded temperature in January in recent times has been 7 degree Celsisu. Summers can be very hot and humid in Haldia and temperatures can go up to 39 Degrees-40 Degrees Celsius. The hottest month of the year is May. Humidity is also very high in this part. 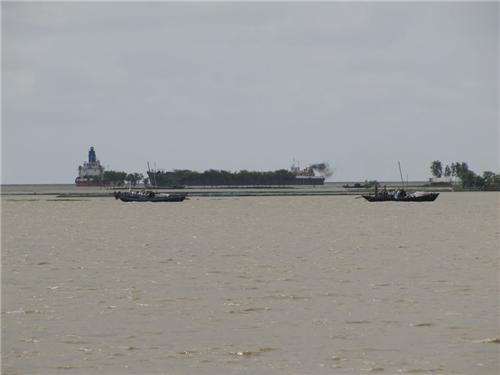 Bordering the industrial town and providing it unparalleled natural serenity is the Haldi River.

This 24 Km long river is a tributary of the Hooghly River.

Two rivers-Kansai and Keleghai combine together to form the Haldi River. Haldi river and Hooghly converge together at the beautiful industrial town of Haldia.

Nearby Cities and Towns to Haldia