Any city or place in India is incomplete without the mention of the temples in that particular city. We are a nation of believers with great faith in the existence and powers of the almighty. A truly wonderful nation where the innumerable temples devoted to multitude of Gods and Godesses stand testimony to the fact of co-existence of diversity and peace in the country. Haldia also does not disappoint the visitors to this beautiful place in terms of the beauty, grandeur, number and variety of temples here. Haldia, too is home to a number of temples dating back to ancient times. Religiously and traditionally rich temple sites built at around 5th Century B.C. and more recent temples built in the 20th century can be found in Haldia.

This temple is believed to be one of the oldest temples in this region. Constructed by rulers of Mayur dynasty, it dates back to the 5th Century B.C. Located in Tamluk, it has also been declared a Heritage Site by the West Bengal government. A major historical place to visit in Haldia it is dedicated to the revered Goddess Kali. 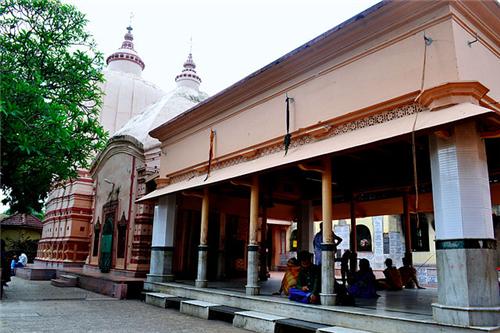 A magnificently created South Indian style entrance gate of White Marble greets the devotees visiting the Muktidham Temple. Built as recently as 1999, on the eve of Birth Anniversary of Sri Ramkrishna Paramhansa, the temple was originally commissioned in 1984. It is owned by the Vivekananda Mission Ashram. The temple is dedicated to Goddess kali, Radhakrishna and Hanumanjee and is very well maintained as it has various fruit, vegetables and flower gardens in its complex.
Timings:
Morning- 07:30 A.M. to 11:30 A.M.
Evening- 03:30 P.M. to 07:30 P.M.

Another ancient temple of Haldia, it came into existence because of the efforts of Rani Janki Devi. It is one of the two famous temples built by the Rani. Dedicated to Lord Rama, it had Ram, Sita, Hanuman and Lakshman idols in it. 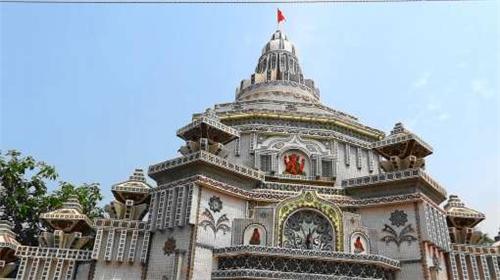 But an unfortunate incident of theft in 1967 led to the original statues being replaced by new brass statues. A huge palace behind the temple called “Dubey Palace” is also worth mentioning.

The first temple built under the patronage of Rani Janki Devi. Built in the 18th century it has been dedicated to Lord Krishna. Known also as Gopalji, the statue is one of the major attractions that have faithful and tourists turning up in great numbers to this place. 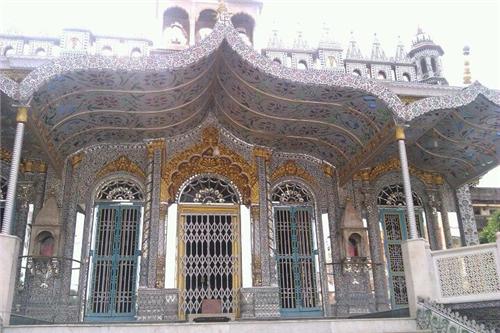 The temple has been built in the Navratna style of architecture. In addition to the popular Krishna Temple there are also a couple of Shiva temples.

Located in the picturesque vicinity of the Ashram is the Ramakrishna Mission Temple. In the beautiful and scenic Mahisadal Natshal this temple would help you to soak in the pleasure of nature and religion both at the same time. It is a beautiful saffron colored temple and its foundation stone was laid by Srimad Swami Shyamanand Ji.

Explore more about Art and Culture in Haldia